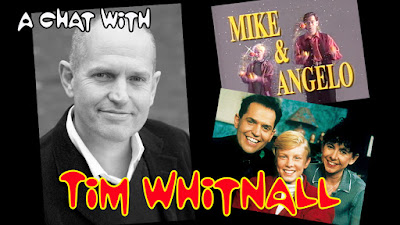 "He came from another demension from a different universe beyond infinity and he fell to earth with a bump *BUMP* in to Mike King's wardrobe. It's not easy, stepping out in to an alien world where anything can happen, but who is the mysterious stranger that answers to the name of Angelo?"

This months podcast is focused on Mike & Angelo. A wonderfully wacky sci-fi sitcom that aired on CITV between 1989 and 2000 for an amazing 12 series and a whopping 123 episodes. I am very proud to present a chat with Angelo himself, Tim Whitnall.
Jack's Throwback Attack · S3 E4 - A Chat With Tim Whitnall
You can also listen to the chat via Youtube, Spotify and Apple Podcasts.
Although Tim wasn't actually the first person to play Angelo as the role was originally performed by Tyler Butterworth. Tyler stepped down from the role after just two series so the part had to be recast and this is where Tim came in who stayed with the role for 10 years right up until the very end. 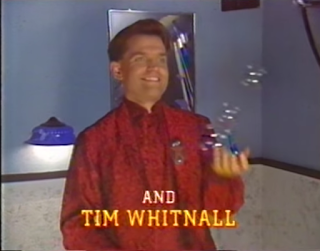 For those of you who may have fuzzy memories or aren't familiar with the show. Mike & Angelo featured the adventures of Mike, who had moved to England from America and his crazy alien pal Angelo. Who had landed in Mike's new home one day when he was escaping his home planet that was self destructing. This then leads to 12 series of crazy adventures featuring Angelo's many bonkers inventions, walking on the ceiling and lots and lots of juggling. That's the basic premise of the show but it's worth noting Mike & Angelo went through A LOT of cast and character changes during it's run. With none of the original cast being present by the final series. However, this did not stop the show from being the success it was or being an enjoyable watch. Thanks to the wonderful performances of those involved, the behind the scenes crew and the writing talents of the shows creators, Lee Pressman and Grant Cathro. 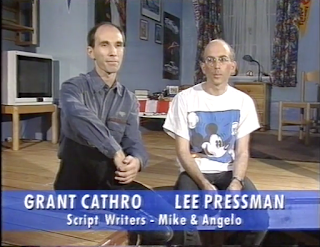 I have enjoyed every interview I have recorded for this project but I have to say this one was very special to me. Mike & Angelo started in 1989 which was a few years before I was born so my introduction to the show was very much at the tail end. I'd say the last three series or so based on the fuzzy memories I have, but I did have a VHS tape which contained a few episodes that were recorded off the telly which I watched again and again. So many times in fact that I'm surprised I never worn the tape out. With the dawn of Youtube and people uploading various episodes they recorded it's given me a chance to see a lot of the ones I missed and of course CITV repeated two episodes in 2013 as part of their 'Old Skool' weekend which I excitedly got myself up at the crack of dawn to watch despite being about 19 at the time. I am a huge fan and I really wanted to learn to juggle off the back of the show. I eventually did teach myself some years later. 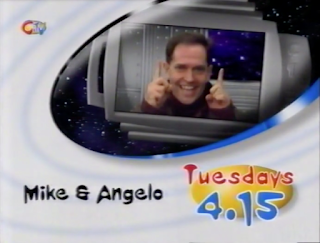 Off the back of all this, Tim was someone I'd wanted on my podcast pretty early on. It's taken me until recording my third series to finally pluck up the courage to ask if he'd like to take part. I still find it daunting to email people I am a fan of and ask them for their time. I sent off an email to Tim's production company 'Feather Productions' and got a speedy reply from Tim's partner Anna Murphy who very kindly passed the message on to Tim's email for me and said we should be able to record something once Tim had finished writing his latest project. So a few weeks went by and I emailed Tim directly and got a lovely reply back and the date was set. It's been a while since I had proper nerves doing a podcast but I did have them for this one.
I'll never forget picking up my phone and hearing "It's Angelo!" on the other end of the line. Followed by a big laugh and "I haven't said that for 20 years!". There was a slight cockup my end to start of with as I had given Tim the wrong phone number for the recording studio I was in. I'd actually given him the number for the reception desk. Luckily he had my mobile number to let me know he couldn't get through, one quick redial later and we were away. We then ended up chatting off the record for 20 minutes like we were old mates before realising we should probably start recording. 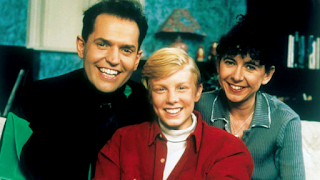 What then followed was an enjoyable hour of discussion and reminiscing and a lot of laughter. What I love is Tim's energy and enthusiasm really shines and sometimes the spirit of Angelo comes through I feel. We discuss everything from Tim's musical theatre background, his eventful audition for Mike & Angelo and working with the likes of Katy Murphy, Michael Benz, Elizabeth Estensen, John Savident and Steven Geller to name a few. Oh and we also learn learn the wonderful story of the link between Mike & Angelo and Tim meeting Anna, his partner of over 20 years. I do also have to thank Tim for being kind enough to even being late for dinner as we were having such a good time and had so much to discuss!
Please do sit back and enjoy this one, and afterwards why not stick an episode on. There's plenty of episodes online via this channel.
A big thanks to Tim and Anna and check out their current work at Feather Productions and on Twitter too.
at December 06, 2020